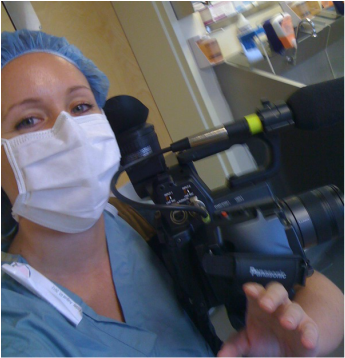 
Becky is an award winning documentary filmmaker. Her passion for exploration and natural history developed into a career shooting and producing around the world.  For the past 15 years - she’s worked on programs from pre-production through post production in both short and long formats for clients including National Geographic Television, Smithsonian, Discovery, PBS and NHNZ.
She won a SE Emmy Award for her work on a series of documentary shorts highlighting unknown people and places of Alabama called "Detours" for the
Center for Public Television.

Ms.Beamer now applies her gift for storytelling and photographic techniques to small press publications, installations, and sculptural projects as a MFA student
at the University of Alabama. Her mission is to leave a lasting contribution to the fields of ethnology, journalism, and book arts. Social humanitarian and natural history issues remain her primary subjects. 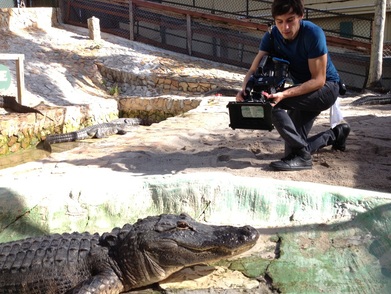 ﻿Ryan's background is production for TV, film, theatre and advertising. For the past 10 years he has worked in a variety of positions from Production Designer to Sound Mixer and finally as a Director of Photography. His passion for traveling and curiosity of the world around him has led him into the world of documentary film/TV.  Past Clients include The Discovery Channel, Travel Channel, VH1, BET, TLC, PBS and ABC news.

For Ryan, this project is special because it offers an incredible opportunity to document artistic traditions that are rapidly vanishing from the modern world. For him there is no greater task and honor than to document the rare talents found within these ancient communities. He looks forward to bringing his unique talent to this process.